The curios case of Julian Draxler at PSG

In the irony of ironies, the man that has defined PSG’s season, both good, bad, and indifferent will be unavailable for the team’s season defining game.

Paris St. Germain will look to overturn a 3-1 disadvantage against Real Madrid without the 222 million euro man, Neymar Jr. (spoiler alert, they totally didn’t) A rolled ankle and a fracture of the 5th metatarsal has sidelined the Brazilian star for an undetermined amount of time. Depending on who you ask either he will be out for 7 days of 7 years. Amongst all of this hoopla and gobbledygook PSG have one game to play (Troyes in the League) to prepare for said season defining match against Los Blancos at a ravenous Parc des Princes.

This obviously is no small task, given how much PSG have been centered around the talents of the Selecao star in these last months. After going through some rough patches in the beginning of the year, Neymar had begun to find his more consistent glorious form at the start of 2018. He had been masterful in the minutes leading up to his unfortunate turn in health and had for the most part silenced the Marseille barking. His loss will be felt and makes PSG’s task on Tuesday objectively harder than it would have been, but not impossible.

It is not impossible because behind Neymar, and at times overshadowed by Neymar, stands on of the best collection of talents that Europe has to offer. A Champions League winner, decorated international players, and prodigious talent just blossoming into stars. And then there is Julian Draxler. An enigma if there ever was one.

The only player on Paris St. Germain who has actually won a World Cup. A child prodigy turned rising star turned stunning disappointment turned redemption story turned role player. For a player that is only 24 he has lived a footballing lifetime.

And it is his story that could make another dramatic turn on March 6th if allowed to feature against Real Madrid either as a starter or a key substitution. Of all the stories, his may be the strangest. It’s the curious case of Julian Draxler.

At 17 years old he became the 4th youngest player to play in the Bundesliga and the youngest to ever play for Schalke 04 in 2011. By age 20 he was winning the World Cup as a bit player for the German national team, while his stock continued to rise a Schalke. A year later he would transfer to VF Wolfsburg and help lead them to the Champions League quarterfinals in 2015-2016.

All of this for a player who by the end of 2016 was seen as a bitter disappointment who had alienated most of his Wolfsburg teammates. This was from a December 16th article in Deutsche Welle by Jonathan Harding

“Perhaps those fans were so unhappy because Draxler has spent more time moaning about how much he wants to leave Wolfsburg than he has helping improve the situation. The fact is, not only is Draxler not playing well at the moment but his performances make his discontent apparent.

In August, Draxler went public about his desire to leave Wolfsburg after the club’s sporting director Klaus Allofs said he was going nowhere and here we are, nearly four months later, with Draxler working directly against the club once again”. He ended the article with “They’ll be lucky to be rid of him at this rate”.

Here is a player who for many was the spearhead of the next generation of German footballing stars. Although he wasn’t acting like much of one for a sputtering nearly relegated Wolfsburg whom with some justification could point to the petulance of Draxler as the reason the team had hit such a steep decline that Fall. His poor form matched by his poor attitude was sinking what had been a fairly sturdy ship. 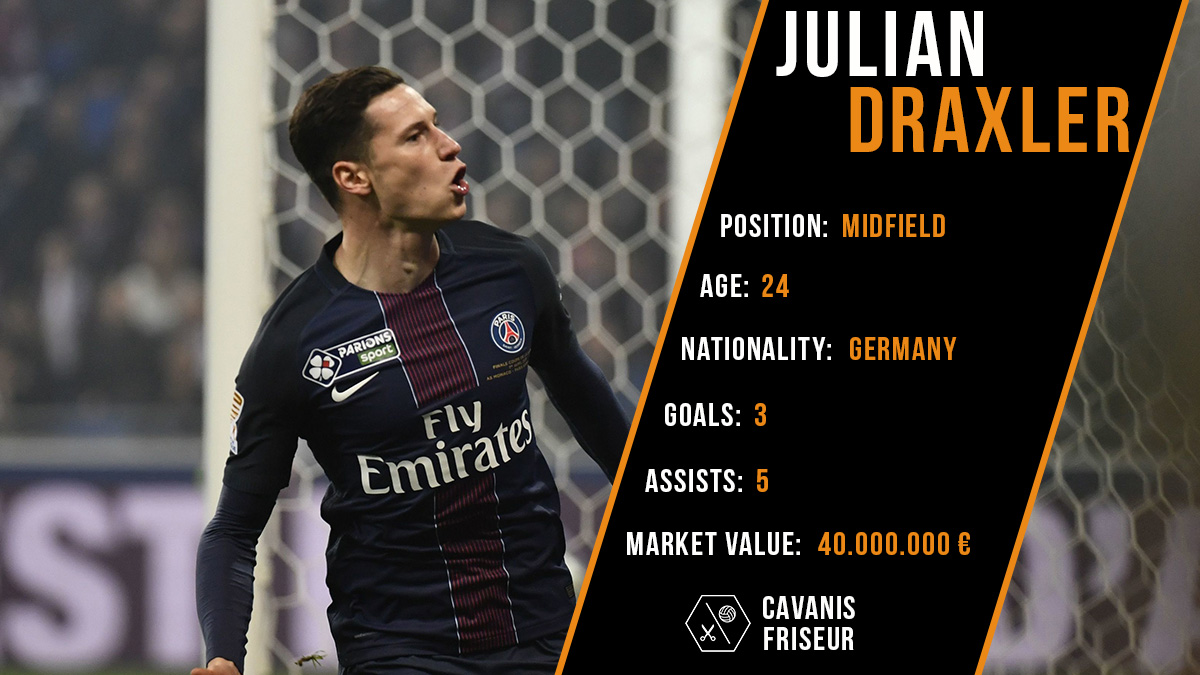 So there sat this former gem of a footballer on the scrap heap of a mid-table German outfit. Now here is where a desperate PSG comes into the picture. The Parisians had come off one of the worst stretches in the QSI era. Losses to Guingamp and Montpellier put PSG in the unfamiliar role of championship chasers.

What had been even more troubling was the poor form of wingers Lucas Moura and Angel DiMaria. Paris desperately needed a spark. Former “whatever his title was” Patrick Kluivert and Oliver Letang made their January splash the mercurial German. And overall in his first half season with Paris we was quite the injection of energy.

Scoring in the 1st leg of PSG’s champions league tie against Barcelona was among the highlights of his resurgence. While PSG failed to advance in the Champions League, and finished 2nd in the league, very little of that could be attributed to the German. Julian from all accounts was on his best behavior and enjoying his 2nd chance at footballing life in the French capital.

He even led Germany’s B-team to a Confederations Cup title, earning player of the tournament honors in a true show of maturity and leadership. At the end of the season he was poised to make an even greater impact in Ligue 1 come the 2017-2018 campaign. And then along came Neymar Jr.

And well…Neymar and Julian Draxler can’t both play left wing at the same time. However at a moment where Drax could have pouted and moaned and asked for a transfer, he put on his best face. No whether this is a legitimate turn for a once petulant prodigy, or the realization that said petulance will get him nowhere in this situation, the German international has been the ultimate professional and teammate.

This paid off for Julian when PSG coach Unai Emery tasked him to play midfield when Thiago Motta hurt is leg again. He played pretty well but was nothing spectacular, more or less sealing his fate as an inconsistent starter and substitute in the large matches.

So what to make of this curious case. A prodigy who has not lived up to his promise, or a lost soul beginning to find his way. Maybe it’s a little bit of both. Maybe it’s a perfect marriage of player and club.

He is present, but not visible enough to draw scrutiny and scorn. From German rigidity to French fluidity, with opportunities to express himself and explore the broader world around him. Lots of people come to Paris to discover who they are, why can’t Julian Draxler.

Therefore it is my inclination that Draxler’s best moments will be outside the capital, possibly in England, maybe back in his homeland. However it shakes out, enjoy the player that fellow teammate Marquinhos called “one of the best in the world” while you can.

Enjoy the inconsistencies, moments of pure magic, and flashes of footballing intelligence from Germany’s prodigal wunderkind because he may not be long for this Parisian world. Hopefully though in whatever time he has at PSG, he will imprint his indelible mark on history that he may or may not be destined to leave.

This is a guest article from Marc Damon, Writer for PSG Talk. For more articles about the French club click on the banner. 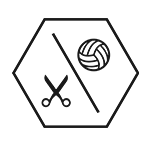